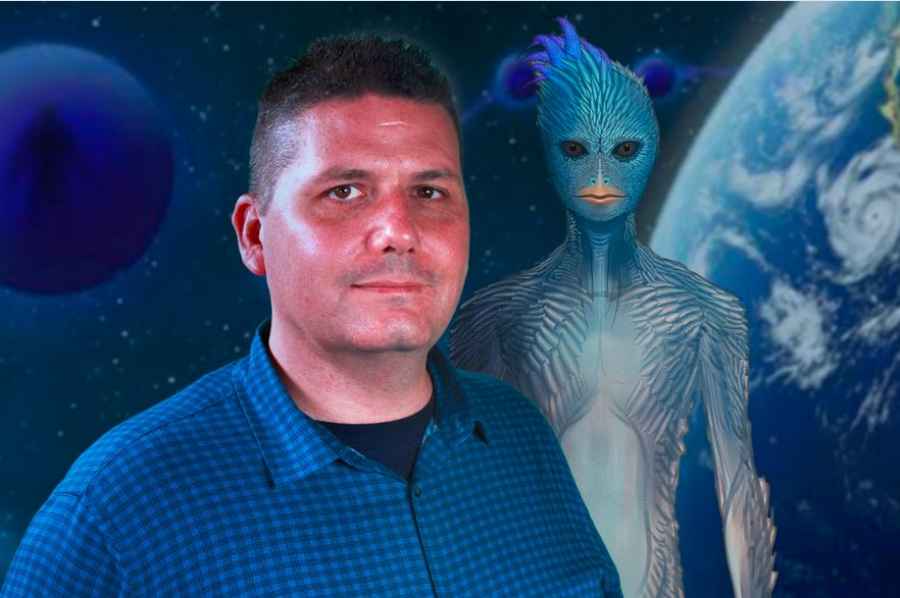 The time is far past due that I take the time to an update on what is going on in the background with the Alliances and myself after being somewhat in stealth mode for the last few months. In that time period I have had multiple meetings recently as well as smaller briefings.

We have dealt with a couple of sudden deaths of young people who were close family members on my wife’s side of the family in recent weeks (Third is less than a year on her side). I also received some disturbing news about a couple of close family members and their health issues during this timeframe. I found out that my Aunt who is more like a big sister received upsetting news about her latest cancer biopsy and in the last week was forced to endure a mastectomy surgery. I was then sat down by my sibling who after Thanksgiving Lunch, informed me that one of my parents had suffered a stroke and that I should be prepared for their health to decline further.

We had also been dealing with our previous land lords trying to sell their property since August. It was a constant flow of (2 people to entire families of 10 people) who were prospective buyers through our home 7 days a week from 10AM to as late as 7PM. We had wanted to rent from the new owners but there were also security issues that made it clear we needed to move as off the grid as possible.

We have had several issues (Some I will keep to myself) at our home, some of which included activities from a suspected small group of online stalkers that found my address online. I had not planned on being anything but an “Anonymous Source” and poster of data until I was publicly outed before I could take security precautions to make myself a little more difficult to locate.

After the second break in attempt of our home, I ordered 2 wireless cameras and then picked up a cheap Wireless D-Link Camera that I put in my window sill so I would have real time viewing on my tablet or laptop. It was not the type to record but it got me started until my other cameras arrived. That camera payed off very quickly. I keep odd hours and would leave the camera viewer on my laptop pulled up while I did other things.

I witnessed up to 5 people skulking around my house on 3 occasions. Each time I saw that they could see the IR lights on the security camera that aids in its night vision. I installed the wireless cameras on the front porch and the backyard. These would detect motion and begin recording. Before long I guess they figured out the blind spots of my simple video setup and would do things like turn on a strobe light in my daughter’s window, turn on our water faucets outside in the middle of the night and we would wake up to see water draining into the street and a few other really weird things.

Because of all of this we decided it was time to move to a more secure location, one with an alarm system and professionally installed cameras that record constantly (Along with my own asset hardening and security methods). There will be full coverage outside so who knows what kind of images may reveal themselves in the future. If the stalkers return, I will not only get them on video but will also have them arrested.

As many of you know in September of 2013 my shoulders and forearm were injured in a work related injury. I received many lovely messages after I would announce each of the 3 surgeries I received over the last year. During this exact same timeframe, the Insurance Company stopped paying for my benefits after two years of fighting major battles to get the surgeries I needed. I had to go to a Designated Doctors Exam (Very painful) in November as a part of disputing the insurance company’s actions once again in court.

This all began immediately after my wife and I arrived home from the latest week of recordings of Cosmic Disclosure at Gaia TV. Soon after arriving home we found out a very sweet, beautiful mother of two (who was really more of a friend of a friend) that was murdered and my wife heard about the sudden death of her cousin’s child. From that point up until yesterday it has been an amazing series of waves of negative greetings.

These are just the things I can discuss openly that we have had to endure the last few months. During this time, it has made it impossible to keep commitments I made to release updates on a regular basis. To be clear, just because the reports stopped for a period of time doesn’t mean that the meetings and briefings have stopped. I have given David Wilcock a few briefings including one today with the latest information available.

I have had 3 meetings where the “Inner Earth Breakaway Civilizations” were present. In one such meeting we met at a base in the Kuiper Belt where representatives of these breakaway groups finally had their chance to meet with the “Guardians”. My previous subterranean hostess “Kaaree” (Car-ee) was present for this meeting.

Lt. Col. Gonzales was on one side of the delegation facing me on the other side. The delegation was to my right and the “Triangle Head” being was to my left. Gonzales and I stood there for the entire meeting exchanging perplexed glances as the “Guardians” and the breakaway civilization representatives quietly interfaced. They stood there silent and motionless accept for the slight waving of arms and legs of the “Guardian”.

Once the exchange was over the members of the breakaway civilization were visibly shaken and overcome with excitement at the same time. I felt much of the same emotions coming from them as I did after the “mind meld” I had with Kaaree where I shared experiences and information from my adolescence. I was able to speak briefly with Kaaree as they were leaving. She was a little flustered and only made a few comments on her way down the hall.

I met with Kaaree again not long after I was briefed on the above information. She made it clear that some of the ancient breakaway groups had decided to take a slow approach to revealing their true identity to those they are in contact with on the surface. They will visit the ones they visit in craft and reach out ethereally to those they are in remote contact with. They are starting with a test group to see how they respond to the news.

Kaaree then made it clear that some of the groups returned to their previous activities and are doubling down on the deceptions that they maintain with some of us on the surface. They have had a large number of people who have began to question them and their origins. This has occurred exponentially as they reach out to them remotely. Some of these groups saw this as a positive sign while others as a security threat.

The SSP Alliance meetings I attended were mostly briefings on the negotiations between the Earth Alliance Groups and the Secret Earth Governments and their Syndicates. I saw nearly half a dozen plans put forth that ranged from a NWO 2.0 with a little bit of disclosure to plans for an overt military conflict between these groups.

With the most negative forces threatening to detonate 1 to 3 super volcanoes located under the oceans. If memory serves correctly there is one large 1 in the Atlantic Ocean and 2 in the Pacific Oceans located in both hemispheres. The majority of these Secret Earth Government Syndicates however are coming to the table with the Earth Alliance to negotiate a bloodless financial coup and a limited yet slowly unfolding disclosure narrative.

The controlled collapse of Western Economics is only one front in what will be called a “different kind of Stealth World War” by History. This “world War” (that is occurring between the Secret Earth Syndicates and the various Earth Alliance Groups is being fought through proxy armies, massive hacks/electronic attacks and attacks against financial/government/corporate entities that make up the opposition.

The SSP Alliance and the Sphere Being Alliance has made it clear that we as a collective consciousness are choosing a path or future timeline. We are at a critical juncture to where our future could be one of a NWO 2.0 with some debt forgiveness, a bit of free currency and a new Babylonian Money Magic Slave System OR we have a full disclosure event during this time of social catalyst.

We are putting out the call for everyone to come together and get involved in whatever way they can. We need to stop focusing on our differences and focus on our common goal… The Full Truth! If we do not, we are giving “silent consent” to the negotiations between the Alliance and these Syndicates and their outcomes.

The signs are all around us. We can see the energetic changes affecting people’s behavior. We see the drip drip of partial disclosure rolling out in main stream media. We see the ripples of a stealth world war underway. We see the use of these extremist proxy armies to shape global policy.

The briefings and updates that led to this posting are currently being documented. The “Inner Earth” article when finished will be a conclusion and not a part 2. There have been some recent encounters as well as some future encounters planned with this group in the coming weeks.

I will most likely start with info regarding the negotiations and battles going on between the various factions of the Earth Alliance and Secret Earth Government Syndicates and then finish up with the huge article on the conclusion of recent Inner Earth meetings.

Thank you for all of the support when we have gone through such troubling times.

The Cosmic Hoax An Exposé

E.T. Contactee and Her Mission on Earth | Sherry Wilde